Raigarh importance as emerging industrial hub of Chhattisgarh state has certainly done good for many of its critical public utility services. As its economic profile has improved over last one decade, huge investments came into critical sectors like healthcare, banking and other important services. These huge investments, needless to say, helped critical sectors in making a complete turn around and subsequently made a positive impact in the lives of ordinary citizens. Below is detailed information about all these facts and other critical utility services that have not been mentioned in this introductory paragraph. Besides, addresses and contact information’s of many important institutions have also been mentioned below. 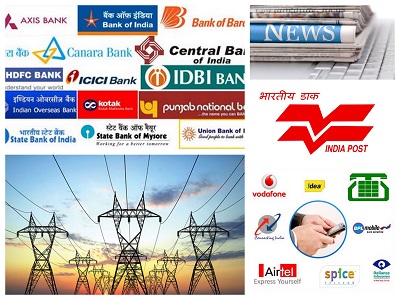 It is indeed very heartening to know that all important healthcare services has been the greatest beneficiary of economic boom in last one decade. The fact that today Raigarh city boosts many state-of-the-art multi specialty hospitals, whereas few decade back there wasn’t a single multi specialty hospital is sufficient to tell us how economic success has changed the fortune of its healthcare services. But improvement in Raigarh healthcare isn’t just all about coming up of multispecialty hospitals, as there has been a visible improvement in other important areas too. Be it increase in number of specialist doctors or increasing presence of pathological labs, or be it ever increasing presence of chemist shops. Improvement in Raigarh’s healthcare has definitely been comprehensive and not single dimensional. For More Click Here

Today auto rickshaw is the most primary mode of transportation in almost all the prominent cities of India. Raigarh city is also no exception in this case. in Raigarh In fact auto rickshaws have to bear more burden, as there is no city bus service or cab service in the entire city. While as of today this burden hasn’t become over burden for auto rickshaws, but this possibility cannot be ruled out for near future. Especially if number of auto rickshaw are not increased further to cope with expected rise in population in coming years and decades. As for transportation facilities for long journeys are concerned, then Raigarh Railway Station has successfully fulfilling this responsibility for many decades now. And although Raigarh Railway Station is not a junction, but many long distance trains including few super fast trains halt here every day. Besides, Raigarh Airport, which is still under construction, is expected to be operational by 2017. Once operational, Raigarh Airport will be Chhattisgarh’s second most important airport – after Raipur airport. Needless to say, Raigarh Airport will not just help in revolutionizing transportation services, but also its local economy.

It is a well acknowledged fact that reputed banks make major foray into any city that is witnessing economic boom. Therefore huge presence of all the reputed banks in fast emerging city like Raigarh is but obvious. In fact today there may not be a single prominent bank that does not have a branch in Raigarh city. Be it trusted nationalized banks or be it modern savvy private banks. Everyone has opened their shutters here and are today offering absolutely world class banking services to all Raigarh citizens. The same world class services that are offered to citizens of first tiered or metropolitan cities like Mumbai and Delhi. Therefore it can be claimed with lot of satisfaction that today Raigarh city is fully integrated with Indian banking services. For More Click Here 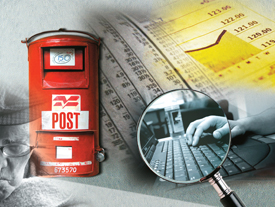 A city, whose economy is growing in leaps and bounces, obviously deserves to have lightening speed postal services. And today Riagarh city and its people are surely getting this much deserved thing. Because big and reputed courier companies like DTDC, First Flight and Professional courier services PVT Ltd are today operating their branches in Raigarh city. Besides, hordes of small local courier companies have also cropped up during last one decade, who are giving tough competition to all the big and established companies. And last but not least, there is always ever reliable India postal services. Over the decades India postal services may have been somewhat swayed by the presence of courier services, but they are still very much in demand.

Now we’ve come to the most critical utility service. We say most critical because today without supply of petrol and LPG gas life in any city would come to grinding halt. But fortunately, today or even in future such a scenario can never befall on Raigarh city and its citizens. Because today there are more than enough petrol pumps and gas agencies in Raigarh city, who are ensuring that petrol, diesel and LPG gas cylinders are available 24/7 and 365 days to citizens of Raigarh. To summarize everything in few words, today Raigarh city is completely self-sufficient in fulfilling critical demand of LPG gas and petrol/diesel. For More Click Here


Safety and Security in Raigarh

Today mobile and internet revolution has completely beckoned on Raigarh city. Raigarh, in other words, is today amongst those hordes of Indian cities that are completely connected with rest of the world through mobile and internet technology. Raigarh citizens obviously could not have asked for anything better than this, who few decades back were helplessly dependent on traditional landline phones and cordless phones to connect with rest of the world. And now coming to mobile service providers. Raigarh today is served by almost all the prominent mobile companies. Airtel, BSNL, Idea, Reliance, Vodafone. You name any prominent mobile company and you’ll find their services in Raigarh city. These same prominent mobile companies are also providing high speed 3G and 2G internet services all throughout Raigarh city. Introduction of 3G and 2G internet services has obviously redefined internet experience for Raigarh citizens.

From all the above information we get the picture that almost all the critical utility services have witnessed significant growth over last few decades. Some concerns are there in local transportation area, where over-reliance on auto rickshaws can pose significant problem for commuters in coming years. The pragmatic solution, as we’d already mentioned, is to increase the number of existing auto rickshaws or introduce other mode of local mode transportation like city bus service.