Raigarh is a small city located in the Indian state of Chhattisgarh. It is the cultural capital of Chhattisgarh. As per historical accounts Raigarh was a princely state not directly governed by the British but rather by a local ruler. Post independence Raigarh became the first state to join the union of India. The royal family still resides in Raigarh and can be seen on important occasions like Durga Puja , Ganesh Chaturthi etc. Even though the actual history of the establishment of this district is not precisely known there are a few pieces of information here and there that fit the puzzle.

The state of Raigarh was first established by Madan Singh who was originally from a small village of Bairagarh of Chanda District. The facts on how he acquired the state of Raigarh as his kingdom is still unknown. He was succeded by Takhat Singh, Beth Singh, Dilip Singh and Jujhar Singh, Devnath Singh, Ghanshyam Singh, Bhupdev Singh became kings one by one.The state of Raigarh today is known for its elaborate Ganesh festivals which were started way back during Maharaja Bhupdev Singh rule. He had a big interest in music and started the celebration of Ganesh festival on a broad level. He had musicians, dancers and poets to participate in the events. 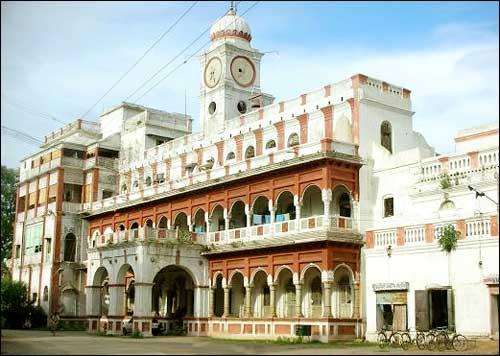 Even after his death his sons continued this tradition but it was only after his younger son Chakradhar Singh got the kingdom of Raigarh state that the festival grew in popularity. He was a talented king with a taste for music and dance. He appreciated every talented artist in his kingdom and honored them for their talent. Even though the festival Chakradhar Samaroh was started by his ancestors, it is he who made it popular across the entire country with his love for music and his cravings for dance. Today, it’s a popular attraction and draws participants from all over to take part as well as tourist alike.

Today, you will also find a new town called Naya Raigarh which is a more planned township and located 10 km away from the old township and 15 km before the proposed NTPC Lara-Pussore site. On National Highway NH-216 it can be reached from any parts of the country. The Kodatarai Airport separates old Raigarh and new Raigarh. This new Raigarh is going to be an industrial hub and cater to the infrastructural needs of industry and trade in the region.

With limited villages around the area, the land is currently under afforestation and the construction of roads, public conveniences, parks, water facilities-canals, green belts etc. They plan to increase the educational system too by providing its citizen with more opportunities with 23 percent of land reserved for educational institutions, government offices and public auditoriums etc. and 30 percent of the land reserved and used for residential and economical purposes.

Even though the establishment of the city is unknown, the city of Raigarh has undergone tremendous visible changes since its inception. From once having small rural population with agriculture being the main occupation, today it had grown as a cultural capital and continues to grow as an industrial region in the sate of Chhattisgarh.